Microsoft, where oh where have you gone?

There was a time when Microsoft and its founder, Bill Gates, were both a company most users and IT professionals loved to hate and a competitor wildly reviled around the world. Marketers and product managers would cringe when they’d learned that Microsoft announced plans to take them and their market head on – and in some cases using technology that they had at one time supplied to Microsoft who had been secretly building an equivalent product.

That’s because when you competed with Microsoft in the early 1990s it was a full steam ahead, total annihilation, take no prisoners kind of competition that everyone dreaded and Bill Gates (and his successor Steve Ballmer) personify. 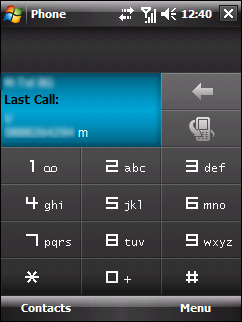 I refer to the company’s continued insistence on under-cutting the features of its dual mode (WiFi and cellular) devices. In 2006, when I was on the Microsoft Partner’s Advisory Council as the SVP of Marketing for FirstHand Technologies (now CounterPath), I complained about several deal-killing limitations on specific dual mode mobile phones. For example, we did not have control over the earpiece, so a SIP session over the WiFi interface could only play sound over the speaker or earbud, which of course were quite inconvenient and non-HIPAA compliant for doctor use in healthcare.

Microsoft was made aware of this problem again and again but wouldn’t or didn’t make any progress. And, as the recent announcement about Microsoft’s new app store shows, they’re taking the censorship game a little too far. It seems that any application that replaces, modifies or interferes with the dialer, SMS or MMS user interfaces are verboten in the app store. Which means big button dialers, or cool dialer skins are not for sale on the app store. Of course, in recent discussions with several vendors, Microsoft still doesn’t support SIP sessions over WiFi well either.

At one time, I would have thought that Microsoft would have fought with the devil to enable user functionality and drive enterprise adoption of their software. So, it is puzzling to me that this is not the case with Windows Mobile. Where is the Microsoft of old?