CES: TV+Skype Is A Niche App 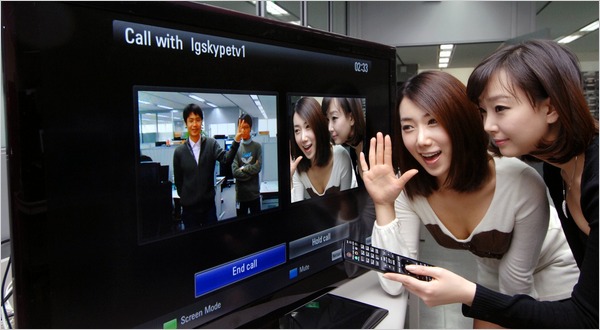 According to the New York Times article “A Venture Integrating Skype Into the Family Room” by Brad Stone, LG and Panasonic are beginning to integrate Internet applications and specifically Internet video communication with their HD TV products.

The article mentions how the flat-screen TV market has survived the recession with minor scratches and that now is the time for the Wi-Fi TVs to burst onto the scene. Yet, what many at LG and Panasonic are forgetting is that new applications for the well-understood TV may be helpful in differentiating themselves in a crowded market, but that combo-TVs haven’t really done well in the past.

Looking at another integration gone bad, the VCR-in-TV was introduced in the late 90’s. This did not turn out as well as I’m sure the inventors, marketers and retailers had hoped. In that category of product, the fundamental flaw was that IF the TV breaks, the perfectly fine VCR is stuck attached to the broken TV and is effectively useless. Likewise, if the VCR got stuck, it would render the TV useless for the VCR application. Could the same be said of the Skype-LCD TV integration?

The Article states that 520 Million people world wide use Skype’s free phone call service and that 34 percent of their users use video conferencing. Now with these important stats in mind, we can still classify the consumers of this product as members of a “niche” and one that is probably smaller than the VCR population of the late 90’s.

Looking at the easy equation of why people would want Skype in their TV is the same as the math for why people would want the VCR in their TV. In the late 90’s people liked watching their movies on their TV’s and TV engineers created what they thought was the next logical step, a VCR in the TV. Now these TV’s when bought found themselves in kitchens, work out rooms, and in cars for long journeys, not infront of the family in the family room, and not the main focus of the families attention. LG and Panasonic may be making the same mistake and maybe even more of an error as the equation shifts from people who use Skype on their computers, to now moving it to the TV AND adding the Skype and Camera.  This probably will only complicate the process and hurt the consumers view of the product.

Therefore looking at the product from the NYTimes and assessing what LG and Panasonic have said, this is a product that may be too complicated. It may be far too soon for the consumer to even think about moving PC apps onto living room TVs.

These Skype-enabled TVs are really Internet-Enabled TVs (IE TVs) where users can do their IMing, FaceBook, Netflix, Hulu and other services right back in front of the couch. This new class of combo-TV is really about refocusing the users’ attention on the family TV. Unfortunately, I’d rather watch TV and do laptop computing which is the preference for everyone in my family.

The whole idea of integration is an idea that seems to be one subject that the home entertainment industry has struggled with for sometime now and as far as I can see, they will continue to struggle.