Big Brother: Watching the Olympics in The Cab 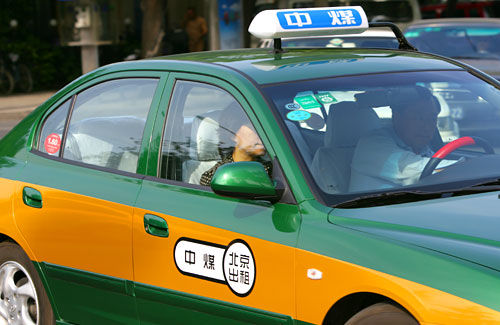 From the human rights issues, Tibet to the extreme pollution, it seemed that all of the talk leading up to the Olympics was completely negative.  But, after the amazing (cough) partly computer generated opening ceremonies and Michael Phelps supreme achievement of eight golds, and the Chinese disdain for official paperwork on the actual age of some gymnasts, the Olympics are fading in the public's eye.

Yet, some of the story will last. Like installing microphones in almost all 70,000 taxis around Beijing.

Although the government claims that the microphones are in place solely to protect the driver, many are skeptical and believe that they may want to listen in on conversations for other reasons.  Each cab is also equipped with a GPS, and they are monitored from a separate location, so the government has the ability to hear exactly what you are saying and know where you are.

Here's Leslie Hook's post on her experience with how the Chinese government is using/abusing their taxi GPS, microphones and speakers. It's turned out to be a mechanism to silence the taxi drivers. It's just like Bruce Willis' movie, The Fifth Element, but worse.

Offices, hotel rooms and other places are being monitored as well, causing the U.S. to warn all visitors to the Olympics to not believe they have any privacy, anywhere. With the Chinese lack of respect for intellectual property, its entirely likely that not only is big brother watching but ready to copy what you say for their economic advantage.