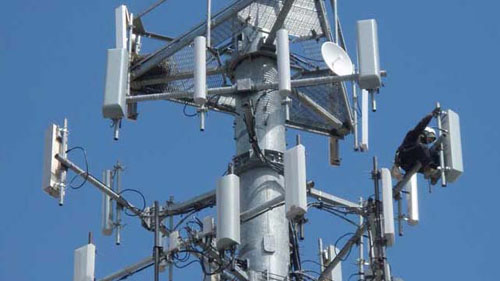 When it’s biodegradable balloon operating at altitudes of 60,000 feet (12 miles). Space Data, of Chandler AZ announced in November that they’d conducted two successful tests of its CDMA SkySite balloon and CDMA 1X-RTT base 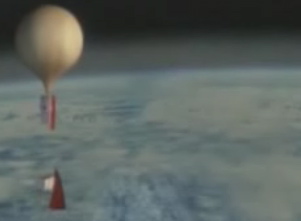 station that is miniaturized, solar and battery powered and sent aloft. The base station was able to receive calls from ordinary CDMA handsets (Sprint and VerizonWireless use CDMA technology in their wireless networks) as far as 60 miles away. Backhaul is provided by a 2.4 GHz link.

Quality was excellent quality and a low Bit Error Rate. Phones on the ground had pretty unobstructed access to the nearest balloon-tower.

Total coverage area that one station can support exceeds 20,000 square miles (a circular area of 80 mile radius). The Space Data approach to wireless towers are fast and inexpensive since the electronics package can be reused. In practice, the electronics are released from the balloon and parachuted to the earth before the balloon flies out of the coverage area. The balloons are made of biodegradable materials and either disintegrate or fall back to the earth.

The company currently applies this technology to military communications in unruly battlefield operations and operate several wireless data networks for asset telemetry applications such as pipeline or transmission network operations. This technology is particularly appropriate in providing wireless service in sparsely populated regions such as the southwestern states of the US. In this application it is much more economical than building terrestrial tower networks.

Also, in a post-disaster environment such as the aftermath of Katrina or 9/11 where terrestrial towers were destroyed, run out of generator diesel fuel (and therefore electricity) or otherwise overloaded, the SkySite can be a major boost to any mobile operators’ disaster recovery strategy. In these cataclysmic events, thousands of users had mobile phones with battery power, but no towers were operational and the few that were working, were completely overloaded in no time, rendering them quite useless.